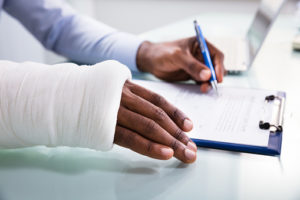 Throughout the country, workers' compensation benefits are being curtailed. Workers' compensation has long guaranteed workers the right to receive medical care benefits when they are hurt at work. Workers' comp also guarantees disability coverage if an employee is temporarily or permanently unable to work, or cannot work enough to earn income as he would if the injury had not happened. Unfortunately, a study from ProPublica found that 33 states have made changes to laws that have resulted in benefits being curtailed. These changes have made it harder to successfully apply for benefits, discouraged workers from applying, and otherwise limited benefits that workers receive.

In light of the troubling ProPublica report, NPR indicates 10 prominent Democratic lawmakers urged the Labor Department to take action to provide federal protections to injured workers.  It remains to be seen if any changes on the federal level are made, but something clearly must be done for workers who suffer when there are restrictions on workers' comp benefits. The damage done to workers by benefit limitations is especially apparent during the holiday season, as the holidays tend to be an expensive time of year and can be difficult without your full paycheck coming in.

In Ohio, a worker who is temporarily totally disabled will receive 72 percent of his or her gross wages for the first 12 weeks. After this time, the percentage will be reduced to 2/3 of gross wages.  This means an injured employee gets significantly less than his normal income while on workers' comp... if he is able to qualify for benefits. Every worker should be covered, but sometimes an injured employee will need to get legal help if his claim is unfairly denied.

Ohio workers also need protection which could come from stronger federal regulations, especially as the trend has been for an ever-increasing number of states to move forward with cuts to benefits. The Labor Department is urging federal lawmakers to explore the establishment of specific standards for workers' comp programs. If a state's program falls short of fulfilling the federal standards, this could trigger more federal oversight of its program. The Labor Department has also suggested the restoration of a commission which was established in the Nixon era in 1972 and which recommended a minimum set of workers' comp benefits and urged Congress to take action if those states did not comply.

There may be resistance to the federal government becoming more involved in workers' comp and congress may decide not to take action- but something definitely should be done to make sure workers do not suffer due to restricted benefits during the holidays or at any time of the year.