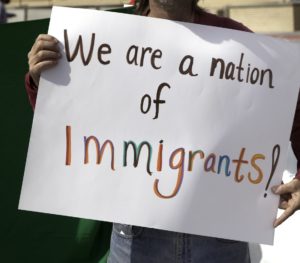 The measure would prohibit "unauthorized aliens" from receiving workers' compensation benefits if they are hurt at work, and would grant employer immunity for occupational injuries suffered by these workers unless the worker can show the company was aware he/she wasn't legally authorized to work in the U.S. when hired.

Just in 2015, more than 200 workers in Ohio were killed and another 105,000 injured or made sick due to conditions at work. There is concern that elimination of workers' compensation protections for undocumented workers gives employers incentive to violate the law. Recently, ProPublica drilled deep into the issue of undocumented immigrant workers in Ohio, and how they are often taken advantage of by employers.

Our Dayton workers' compensation attorneys know it's been well-established that foreign-born immigrants tend to work jobs that are more dangerous and suffer higher injury and fatality rates than their native counterparts. Further, workplace injuries among immigrants are often underreported, and workers who are undocumented may be especially vulnerable, taking seriously employer threats to contact immigration officials if they insist on seeking appropriate compensation for their injuries.

The ProPublica article examined the ways in which companies seek immigrant workers, who are poorly paid, poorly-equipped and often poorly-trained. But when those workers get hurt, the employer suddenly becomes interested in their legal status.

Case-in-point was a 17-year-old immigrant from Guatemala, who had fled from his mountain village after gang members shot his mother and attempted to kidnap his sisters. He sought asylum in the U.S. and landed a job at a poultry products manufacturer using a phony ID indicating he was 28 years old.

Legally, he wasn't old enough to work in the factory, but he was never questioned. One day, he suffered a severe work-related accident while climbing a machine (there weren't enough ladders). He ultimately required amputation of his leg. Suddenly, his supervisors began demanding workers' identification papers. Within days, he and several other underage workers were fired, ProPublica reported.

Mind you, this is a company that has multi-million dollar contracts with huge food chains and the U.S. government's federal school lunch program. It was not as if the resources were not in place to check qualifications and ages prior to employment. One former head of the Occupational Safety and Health Administration (OSHA) called the company an "outrageously dangerous" workplace, and said the company has a 25-year history of flouting workplace safety standards.

As it now stands, undocumented workers are entitled to workers' compensation just like any other employee who is hurt or sickened at work.

The Ohio Bureau of Workers' Compensation stipulates that if employees are injured in the course and scope of employment, they are entitled to workers' compensation benefits which cover medical bills and a portion of lost wages for a set period of time.

If you are injured at work, regardless of your immigration status, you should anticipate that your employer may try to challenge causation or other elements of your case. Having an attorney on your side puts you in a better position to receive the benefits you're owed.