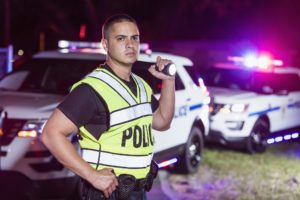 The physical rigors of police work are well known even to those outside the field. Officers must be physically fit, able to overpower suspects and defend themselves - even without the benefit of a firearm.

But a danger affecting a wide swath of law enforcement that tends to get far less attention involves the mental rigors. The daily burdens they internalize day-in, day-out can lead to actual illness, including PTSD, known formally as post-traumatic stress disorder.

Most people think of PTSD as the kind suffered by soldiers in the military who grapple with the horrors of combat and the stress of overseas service. But as we gain an increased understanding of the condition, numerous studies have detailed the pervasiveness of PTSD throughout the law enforcement community.

For example, one study found that 1 in 5 active duty police officers suffer PTSD. In fact, researchers concluded PTSD was the No. 1 cause of death among police officers, resulting in startling rates of suicide.

Another analysis published by the American Military University looked at the ways in which police officer PTSD might be distinct from that which is suffered by soldiers. The primary difference noted is that while soldiers might suffer PTSD from a brief or single exposure period to stress, police tend to manifest the condition over time, the result of many cumulative stress-related experiences. It's sometimes referred to as "cumulative PTSD."

Researchers opined cumulative PTSD was potentially more hazardous than PTSD resulting from a single trauma because it was more likely to go quietly unnoticed - and therefore untreated.

Typically in cases where there is an officer-involved shooting, departments have some type of policy framework to help those involved cope. But what tends to get far less attention is the build-up of stressful events that snowball over the course of an officer's career. These might be things like:

These are all elements considered to be "part of the job." Individually, they may not warrant much attention. However, when this condition isn't treated, the officer may become a risk to themselves and potentially even others.

But one of the only ways officers can access proper treatment is through workers' compensation benefits. If it isn't covered in their policies, they either won't be able to afford it or they will be hesitant to seek it. Already as it stands, they must overcome the stigma associated with seeking treatment (though this element is improving).

Currently, the state workers' compensation board will only cover PTSD treatment for first-responder officers who suffer a physical injury while responding to a traumatic event.

However, as members of the Fraternal Order of Police of Ohio explain, that's not exactly how PTSD works. In many cases, it involves an accumulation of stresses and traumas.

An officer who did not suffer the trauma in a single, explosive moment or encounter would likely be unable to recover any benefits, unless perhaps he or she could show some type of physical ailment that is job-related (i.e., stress-induced heart attack).

The police union is lobbying, as it has done in the last several years, for lawmakers to change the law and allow officers who have not been physically injured to obtain benefits for PTSD if they have been properly diagnosed. Union representatives say the alternative is that officers are losing their lives, often self-medicating to the point of overdose or committing suicide.