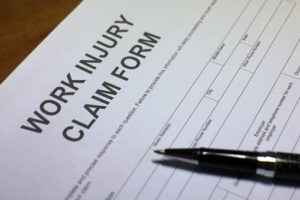 According to data from Bureau of Labor Statistics, there were 121,300 recordable workplace injuries in the state of Ohio in a recent year, 37,200 of which resulted in days away from work. These workplace injuries affected not just workers, but their families as well.

Workers' compensation benefits should protect injured workers from financial loss and should provide for families when a loved one is killed on-the-job. Still, workers' comp benefits cannot bring back good health that is lost due to permanent injury, and benefits cannot make up for the loss of a family member.

Workers need to understand the very real dangers they face on-the-job, as well as the types of injuries which can result in workers' compensation benefits.

Many different kinds of injuries can happen to Ohio employees on-the-job. Some examples of common injury causes include:

These are just a few of many work injuries that affect Ohio employees. Any time you get hurt or sick while on-the-job, you should talk with a legal professional to determine whether your injuries are considered work-related.  If the injuries are tied to job duties, you should be entitled to workers' compensation benefits.