Home » Blog » Plastics Manufacturing is Most Dangerous Industry in Ohio

Plastics Manufacturing is Most Dangerous Industry in Ohio 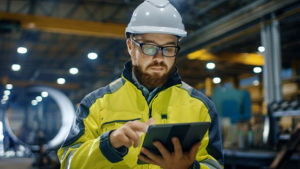 The workplace can be a dangerous place for any employee. A new study by Zippia finds that, of all the industries in Ohio, plastics manufacturing is the most dangerous for Ohio workers. Ohio was also ranked twenty-seventh overall in most dangerous states to work in. If you or a loved one has been injured on the job, contact a Dayton workers' compensation attorney as soon as possible. You have legal rights which must be protected.

How the "Most Dangerous" Designation Was Calculated

The Zippia study identified and weighed several factors in order to designate the "most dangerous" states and industries. First, it examined the Occupational Safety and Health Administration's injury reports, and divided each state's total reports by the number of workers employed in that state. Next, fatality rates reported by the Bureau of Labor Statistics were weighed as a separate factor in the analysis of potential danger. Finally, data from the Insurance Institute for Highway Safety was broken down to determine the number of injuries in each state per mile driven. This factor was given less weight, as traffic accidents are not always work related.

Of course, the simple fact that a particular state has a higher or lower accident rate than another state does not mean that workers are protected from injury. Employers and employees must be vigilant about using appropriate safety precautions in all industries, across all states. Employees also have rights to protection under Ohio law: Title 41 of the Ohio Revised Code makes specific provisions for safety in the workplace. Employers who do not follow these laws are subject to regulatory penalties (such as suspension of a business license), fines, civil lawsuits, and even criminal charges.

The statistics and data are more than abstract numbers. Workplace accidents in the plastics manufacturing industry devastate many families. Local 12 reports on one such tragic accident. Timothy Underwood was crushed to death by a hydraulic press while working at Core Molding Technologies. The Columbus company manufactured reinforced plastics and plastic composites. It had also been fined for "serious safety violations" prior to the accident.

In a similar case in Nashville, an employee was killed in an accident involving a baler at a plastics manufacturing plant. WSMV reports that employee Timothy Evans was operating the baler when it became full. He and a co-worker attempted to close the baler door, which resulted in Evans sustaining a head injury. He died at the scene of the accident.

Yet another plastics manufacturing accident caused death and injury in Gaston, South Carolina. WLTX reports that one employee was killed, and two others sustained serious burn injuries, after an accident on an assembly line. The assembly line used hot wax to form plastic water bottles.

Both the statistical data and anecdotal evidence are clear: the plastics manufacturing industry can be a dangerous place to work. Employees must be vigilant and cautious in the workplace, and maintain constant awareness of their surroundings. Employees also have legal rights to protections which prevent workplace accidents, and the right to be compensated for injuries sustained when workplace accidents do occur.