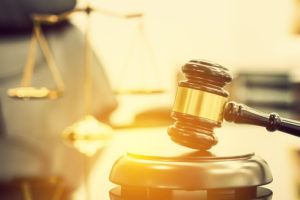 A number of bills have been introduced by federal lawmakers which could affect the rights of victims who are hurt by medical negligence, defective products or other forms of negligence. The bills are part of a package of tort reform efforts some legislators have long been interested in pushing. The Washington Post and Center for Justice and Democracy report that these measures could fundamentally reshape the civil justice system in ways which make it harder for consumers to get compensation.

The civil justice system allows for a victim to make a tort law case so the victim can be "made whole," if the victim proves his or her claim. For example, if you prove another driver hurt you in a car accident, you could be "made whole" by filing a civil claim against the driver and by winning your case so the driver (or his insurer) would have to compensate you for economic losses, like wage loss, and for non-economic damages like pain and suffering.

Unfortunately, the bills being considered, like H.R. 1215, could change the way plaintiffs can use the civil justice system. If the changes are made, it will become more essential than ever for anyone who has been hurt or wronged to talk with a lawyer for assistance.

The proposed tort reform laws are not the result of a suddenly new effort. In fact, many conservative-leaning lawmakers have long believed healthcare costs are too high because doctors must pay costly insurance premiums in case they are sued and because doctors engage in unnecessary testing to avoid being sued. They believe the civil court system is overwhelmed with frivolous litigation, and that plaintiff attorneys are greedily only out for more money.

The reality is that a great deal of prior research has shown that most lawsuits are not frivolous because the proof burden, particularly for medical malpractice lawsuits, is high as it is. Further, payments made for lawsuits over $1 million make up just a tiny sliver of overall healthcare costs. The amount is so small it has no real effect on the system. And even as the National Bureau of Economic Research has reported, "the effect of tort reform on health care costs is theoretically ambiguous" - and that's assuming we accept as fact all assertion by tort reform supporters.

Those who support tort reform want to limit the amount of money a patient could receive if injured by medical negligence. The theory is this would reduce malpractice insurance rates and the theory is some of the cost savings would be passed on to the consumer.

To address this, tort reform supporters have proposed capping the non-economic damages available to malpractice victims at $250,000. Many states have similar caps, but caps are often arbitrary and often result in unjust outcomes. It's our believe a victim should receive an amount awarded by a jury - not what federal lawmakers decide is the maximum on a whim. Consider that many cases of medical malpractice, such as birth injuries, lead to lifelong disabilities that could necessitate around-the-clock medical care. A cap of $250,000 for a life of pain and suffering by the individual - not to mention that of their family - is simply not adequate.

Other proposed tort reform efforts include imposing sanctions on attorneys for taking frivolous cases, even though a similar past rule had to be rescinded when it was discovered the threat of sanctions ended up deterring attorneys from taking even meritorious civil rights claims and claims arising out of environmental laws.

It remains to be seen what, if any, tort reform measures will actually become law.  Plaintiffs will need to ensure they are working with an experienced personal injury attorney who is closely monitoring legal developments on tort reform bills and who will ensure a plaintiff adjusts his strategy in a civil claim if necessary given changes to the regulations.