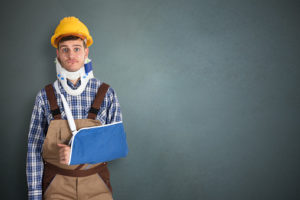 You know you can get workers' compensation benefits in Ohio when you are injured at work. But what if you are running an errand or commuting? This concept is outlined in the so-called "coming-and-going rule," and it's been applied in numerous Ohio case law rulings.

As our Dayton workers' compensation attorneys can explain, most workers in the state are eligible for benefits in the event of an injury:

Both of these two prongs have to be met in order for one to receive benefits.

What Does "In the course" and "Arose out of" mean?

When we talk about an injury occurring "in the course of" one's employment, it refers to the time, place and circumstances of the injury.

When employees are working in a fixed place of employment, it's generally presumed that this second causal connection between injury and work is not met if one is traveling to-and-from work. This is the central idea of the "coming-and-going" rule. If you are coming and/or going from work, your injury isn't covered.

This is a legal theory followed by most states in their workers' compensation cases. In Ohio, the state supreme court ruled on this element not long ago in the 1998 case of Ruckman v. Cubby Drilling, Inc.. In that case, the court held that even when employment calls for periodic relocation of job sites, it could still fit into this "fixed" status of employment for workers. The determination will often rest on whether a worker has substantial employment duties that are conducted only after getting to a specific and identifiable place of work that is identified by the employer.

In those cases, a worker who is commuting or running a personal errand generally isn't going to be deemed eligible for workers' compensation.

The coming-and-going rule is not absolute, and several exceptions have been carved in case law. This is a good reason why it helps to have an experienced workers' compensation attorney to help you - because a strong argument may just be able to obtain benefits in a case that's not as clear-cut.

Some examples of exceptions include: