Home » Blog » Workplace Safety: How the Gig Economy is Putting Workers at Risk

Workplace Safety: How the Gig Economy is Putting Workers at Risk 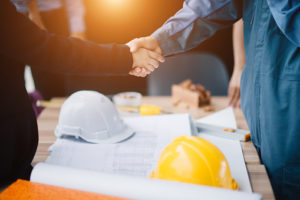 The freedom to work as you please without being tied down to a full-time job appeals to many of today's workers. Most notably, drivers for rideshare companies like Uber and Lyft are not considered employees, but rather, a part of this emerging gig economy.

According to CBS News, the gig economy is putting many workers in danger. In construction, for example, many companies are slashing safety and training. This especially puts older workers and new employees at risk of sustaining serious or life-threatening on-the-job injuries.

What is the gig economy?

The gig economy is based around part-time, seasonal, or non-employee positions. According to the Federal Reserve, an estimated 75 million American workers are not permanently employed and tend to move from one job to the next.

Many of today's companies benefit from the gig economy. Not only can they hire and fire on a whim, but when it comes to standard job benefits - holiday pay, overtime, vacation, and workers' compensation - they don't foot the bill.

While that may be fine for workers who barely engage in any kind of physical labor, it can be dangerous for those who do. Many trades workers are hired by small companies without benefits or job security. Additionally, trades workers who are hired for part-time gigs are just as likely to be injured on the job as full-time workers. In fact, gig workers are more likely to be injured on the job due to poor training and safety management.

The Occupational Safety and Health Administration (OSHA) requires all construction companies to ensure that employees are properly trained, but many small companies are bypassing this requirement by simply hiring non-employees.

Additionally, the gig economy offers almost no protection in the event of an injury. That means, if you're hired as an independent contractor and sustain an injury on the job, you may not be eligible for workers' compensation. This is problematic in the construction industry for the following reasons:

Injured on the job? An attorney can help you explore your legal options.

One issue raised by the gig economy is the misclassification of workers. If a worker is hired as an independent contractor, yet works a full-time schedule, then the company has misclassified the position. Thus, they are required to provide workers' compensation coverage.

If you have been injured on the job, regardless of the position you were hired for, it's best to discuss your matter with an experienced Ohio workers' compensation attorney who can launch a thorough investigation. Contact Hochman & Plunkett Co., L.P.A. today to discuss your legal options.